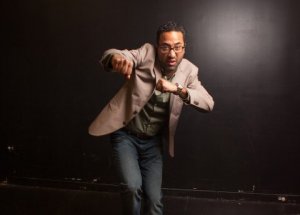 Step Afrika, founded in 1994 by Brian Williams, is the first professional company in the world dedicated to the tradition of stepping[1]. Based in Washington, D.C., the company serves as a cultural ambassador for the United States, representing the nation at events around the world through special invitations from American embassies. Step Afrika tours 5o cities annually during its American colleges and universities tour. The company is critically acclaimed for its efforts to promote an understanding of and appreciation for stepping and dance tradition’s use as an educational tool for young people worldwide. Image: C. Brian Williams, founder and executive director of Step Afrika! (KK Ottesen/For The Washington Post)